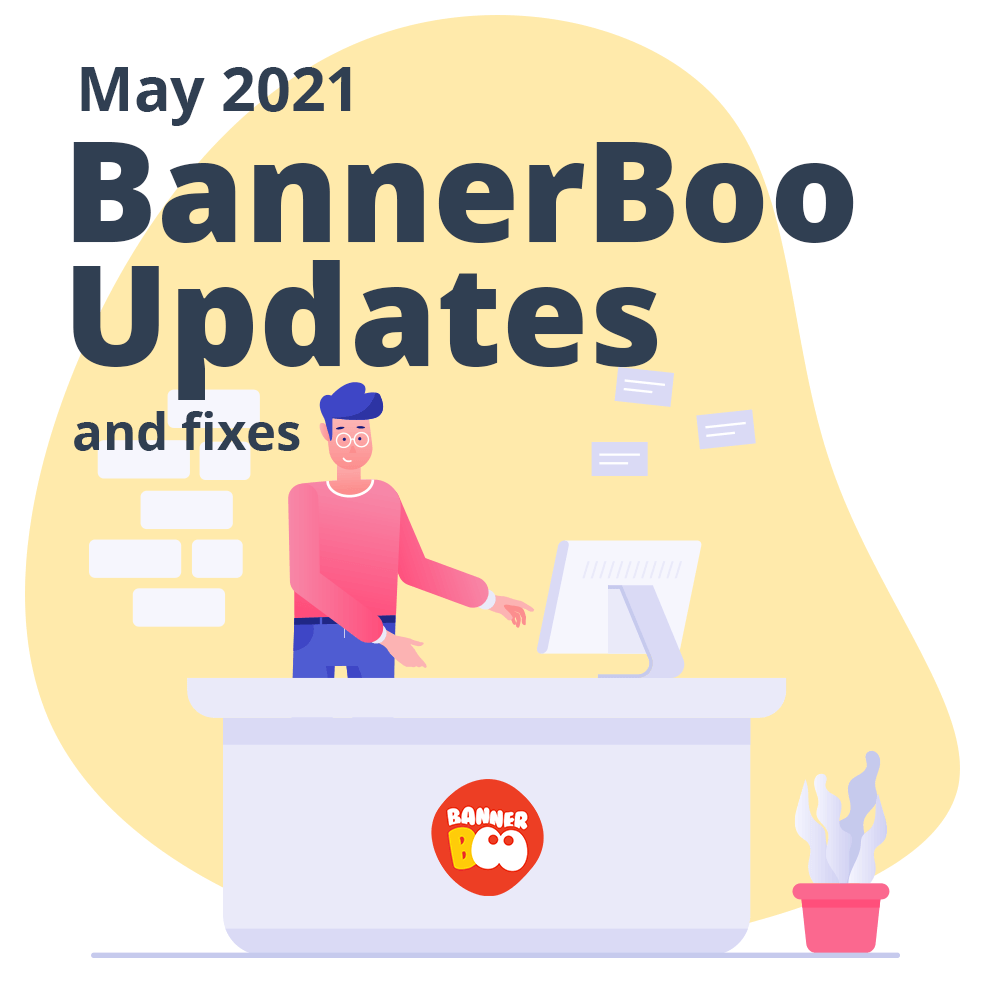 BannerBoo May 2021 Updates and Fixes

31 May 2021
Life is all about movement! We know it. That is why we are continuously updating and developing our service as well. Here are the latest updates for May 2021, based on your feedback and most popular wishes:

— Fixed many minor bugs, bugs related to cache, data storage, and more
— Icon objects did not replaced vector objects on the banner. Now they are being replaced
— Fixed video playback when there are several of them in one banner. Now the videos start when the layer appears.
— Video playback bug on the preview.
— Bug with changing values ​​in digital fields using the arrow keys
— Bug with changing the name of the animation of appearance and hiding
— If zoom is used, and the banner is saved, the zoom does not reset
— Bug with resizing images and vectors in Smart Resizer
— Bug with dragging elements onto the canvas
— Minor bugs in the timeline
— Bug with displaying preview templates in some sizes
— Template shuffle added
— Folder preview bug (In workspaces)
— Bug with the export of pictures in the free Plan
— Bug with the fonts display
— Bug with the scale and saving of banners
— Bugs with user fonts (duplicates and different types of the same font)
— Changed the algorithm for adding pictures, icons, and videos from stocks (now they are showing faster)
— Pulsation for export to AMPHTML
— Export to AMPHTML with custom animation
— Creating banner preview error
— Video playback in the banner in several slides\

Would you like to suggest a new feature or report a bug? Please feel free to comment on our roadmap: https://www.notion.so/bannerboo/BannerBoo-Public-Roadmap-6f4ab13995b6451b9c21a25943d252c5
« Back to the list
This feature is not included in your tariff plan