What is an animated banner?

31 August 2020
An animated banner is an online ad element in GIF, HTML5, AMPHTML, or MP4 format that is a sequence of visual elements with moving effects for creating dynamic animations, text fragments, and interactive components.

The example of an animated banner made with BannerBoo tools

What does an animated ad banner consist of?

The background is the main image, which is the basis for the frame. It can be the same for the entire animation, or it can be changed, creating a dynamic effect.

The animation is an element that moves against the main background, which attracts the reader's attention. In addition to the implemented animated elements, dynamism can be given to both the text and other 2D components.

A graphic object is an element that defines the theme of an animated banner (diagrams, icons, shapes, lines, icons, pointers).

Text is a series of characters that convey the key message of the animated banner and explain what the user is to do.

An interactive object is a banner element that is programmed to react in response to a user’s action. You click the button, and it leads to the page that tells about the service, sells a product, etc.
The advertising owner is a company on behalf of which the advertisement is distributed. To determine the owner, the company’s logo and a link to its website or promo page are included on the banner. 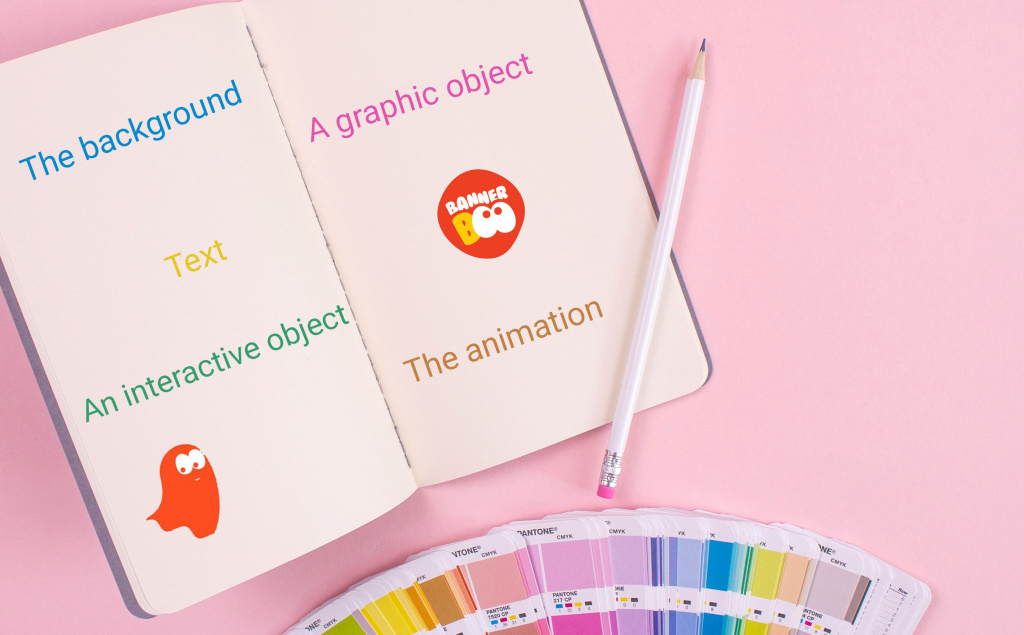 All the components mentioned above form a banner — a dynamic picture that conveys the meanings of the message with all its elements.

Create a banner online for your webpage: what do you need to know when designing a display ad?

According to SmartInsights, in 2020 banner advertising has taken one of the leading places among building brand awareness tools. Even if the viewers do not interact with a banner, according to the analytics, the traffic of the landing pages still increases. As in the reader’s eyes, if a company can afford advertising costs, then it is more reliable than its competitors.

The choice of sites is astonishing, but the demands for dynamic display ads are overwhelming. Let’s look at them closer.

Depending on the web platform and the block for placing a web banner, there is a number of standardized formats: 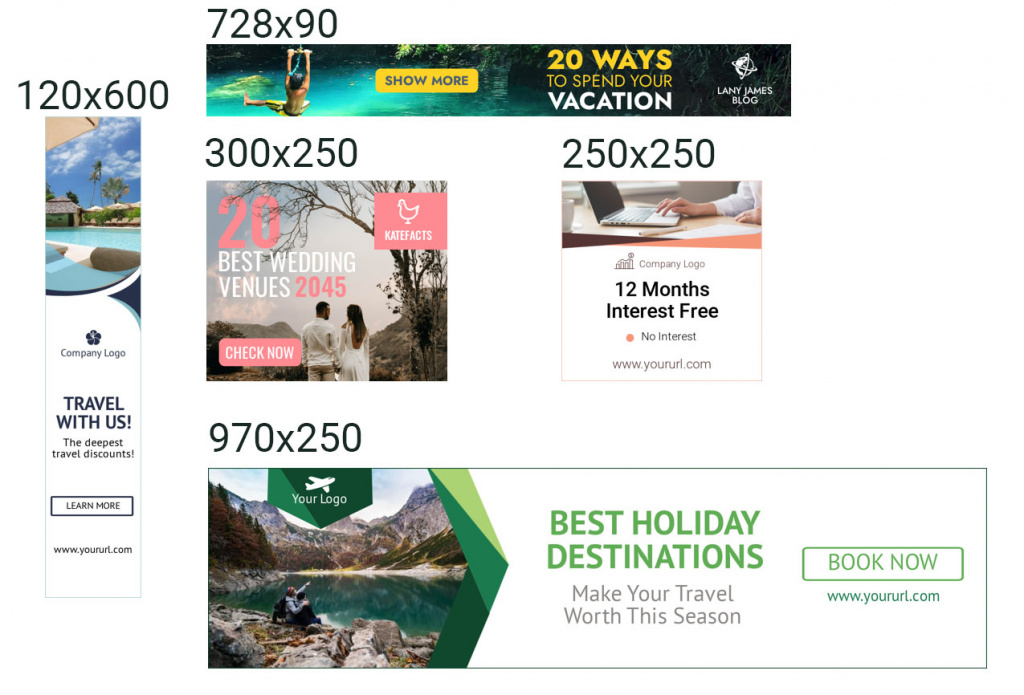 Why is size important? Currently there are about 20 size variations of website banners and the web banner designers also provide an opportunity to create display ads of desired sizes. It is relevant for websites that independently select blocks on a page for non-standard advertising. If you know the website where your company is placing an ad, you will understand which banner is required.

Duration of an animated message

The duration of banner ads is measured in seconds. Based on scale, the effects are assigned certain attributes. When will the text appear? When will the button appear? By working with a scale, you can shorten or saturate your ad without overwhelming the user. For this purpose, designers utilize a duration of one frame, which catches the viewer's eye.
Why is it necessary to understand the animation duration? Same as the sizes, the duration of the banner playback is determined by the advertising platform as well. So you need to fit exactly in the platform, conveying the essence of the message properly. For example, in most cases, the animation should be no longer than 30 seconds, and sometimes it is limited up to 15 seconds. It's fine if there is a possibility to repeat it, then there is a chance to "get used to it," but if playback is available only once — it is very important to represent everything from A to Z in just a few seconds!

For example, the duration of this banner is 10 seconds

FPS (frames per second) is the speed rate of the animation playback, which determines the smoothness and intelligibility of each frame for the human eye.
Why is the FPS important? The fewer frames there are, the rougher and more interrupted the animation is. The more frames there are, the softer the transition from one frame to another. For instance, the standard value of the most sites for GIF animation is no more than 5 frames per second. By the way, the number of frames also sets another important advertising value — the weight of the animated banner.

Banner weight is measured in kilobytes. It directly depends on the quality of images and the saturation of the lovely animated banners with effects and animations. The standard weight accepted for hosting is about 150 KB. Depending on the banner format (GIF, HTML5, AMP HTML, or MP4), the weight requirements also vary. But from experience, we know we always want to put as much information as possible into the banner, so you’ll need to optimize the file so that the site accepts it, and you can present your ad to a wide audience.
Why is weight so important? High quality illustrations and Hollywood visual effects will help people notice your animation, but better graphics could considerably reduce the number of resources and platforms for advertising.

With online free animation maker Bannerboo, you can easily create your first display ad. We have collected the most original and creative ideas from the best designers to help you find your creative idea. Moreover, in our web banner designer, everything is simple and clear: formats, banner indicators — all in one place. 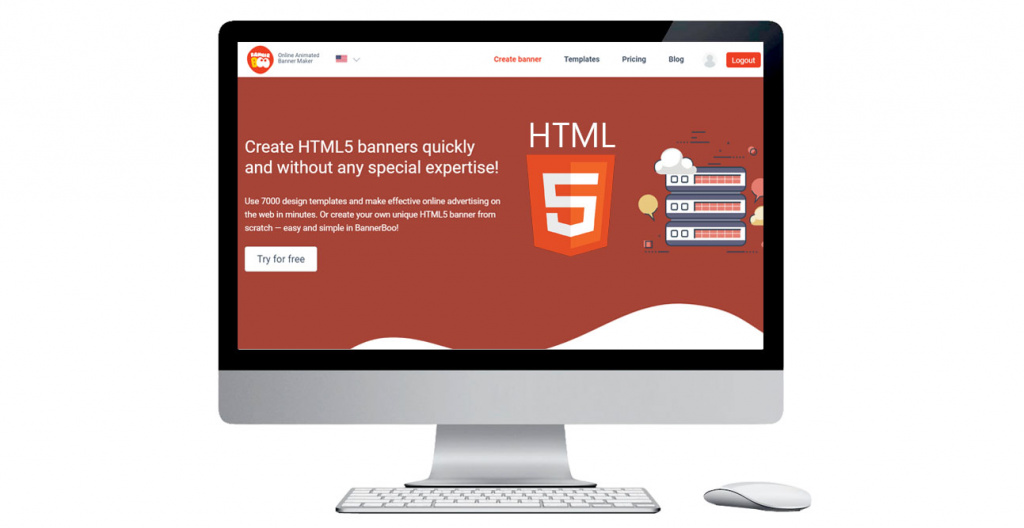 You can create a banner of standard or individual size, control the image quality, duration, and the number of repetitions without the initial programming skills. At the same time, you can optimize your display advert for the requirements of the desired web platform in just a couple of clicks by specifying the banner weight and the need for adaptability. Our users have already developed over 100,000 display ads, so get inspired!
« Back to the list
Related posts: 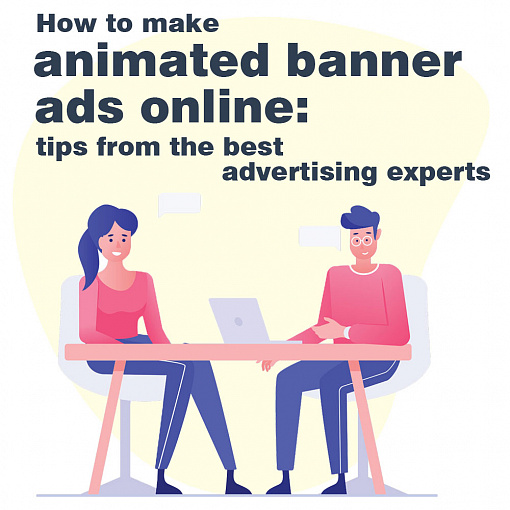 How to make animated banner ads online: tips from the best advertising experts
01.09.2020
This feature is not included in your tariff plan