7 October 2020
According to the Statista website, display ads have grown in popularity over the past decade. Banner ads are still relevant, however, to increase your CTR, follow 10 effective tips when working in a banner maker.

How to create a working banner?

By putting these tips into practice and using BannerBoo online ad maker, you can engage your audience with your ads. This HTML5 advertisement maker will help you create a unique, clickable banner online without any programming knowledge. Even a beginner can master the intuitive interface!
« Back to the list 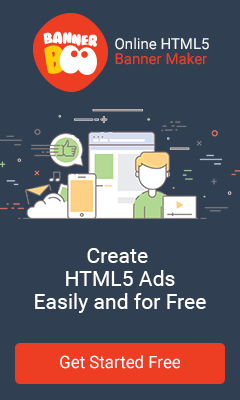